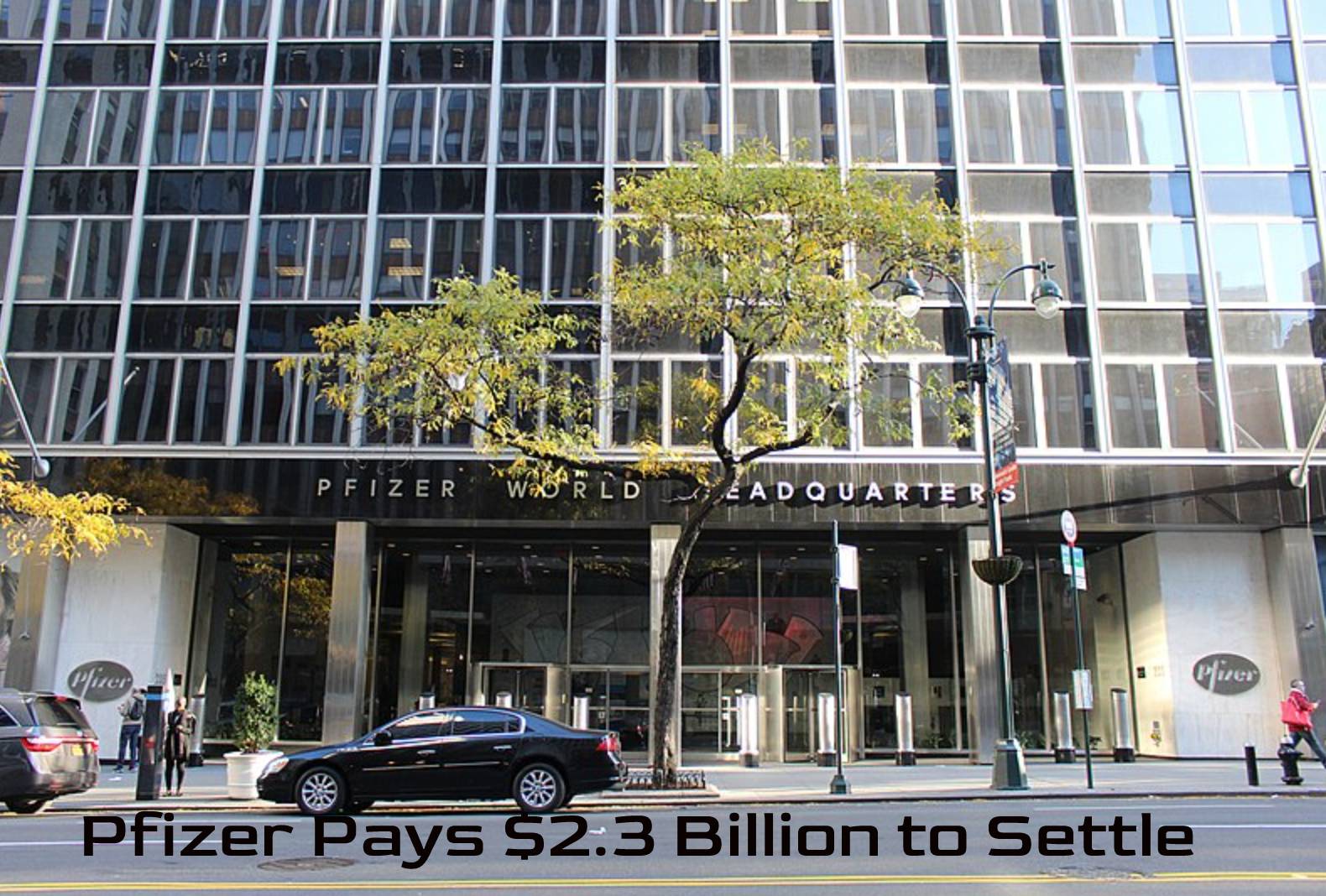 Pharma giant Pfizer agreed to pay $2.3 billion to settle civil and criminal allegations that it illegally marketed its painkiller Bextra.

As far as criminal fines go, it was the largest ever settlement for health care fraud.

Top Obama administration officials held a news conference on Wednesday to celebrate the settlement, thank each other for resolving the case and promise more crackdowns on health fraud.

“This is another step in the administration’s continued effort to prosecute anyone who tries to take advantage of health care consumers and the federal government,” said Kathleen Sebelius, Secretary of Health and Human Services.

Republicans and Democrats on Capitol Hill have accused the Obama administration of failing to crack down adequately on health care fraud, arguing that better enforcement could result in huge savings for government health programs. It was expected that the settlement would be reached. According to Pfizer, which is acquiring Wyeth, it has taken a $2.3 billion charge to settle claims involving Bextra and other drugs. Since 2002, Pfizer has settled four lawsuits over illegal marketing activities.

“Pfizer’s recidivism was one of the factors we considered in calibrating this severe punishment,” said Michael K. Loucks, acting United States attorney for Massachusetts.

“As I walked the halls at Pfizer, I saw that the vast majority of our employees spend their lives bringing truly important medications to patients and physicians,” she added.

Pfizer executives and sales representatives were accused of planning and executing schemes to illegally market not only Bextra, but also Geodon, an antipsychotic; Zyvox, an antibiotic; and Lyrica, a nerve pain treatment. According to the government, the $2.3 billion fine amounts to less than three weeks of Pfizer’s sales.

When many of the activities cited Wednesday took place, Pfizer was dealing with allegations that it illegally marketed Neurontin, an epilepsy drug for which it paid a $430 million fine in 2004 and signed a company-wide commitment to ethical behavior.

Former Pfizer sales representative John Kopchinski, who brought the government’s Bextra case to light, said company managers encouraged him and others to ignore concerns about the Neurontin case while pushing them to pursue illegal actions for Bextra.

“Pfizer’s entire culture is driven by sales, and if you didn’t sell drugs illegally, you weren’t seen as a team player,” said Mr. Kopchinski, whose personal share of the settlement is expected to exceed $50 million. After leaving Pfizer in 2003, Mr. Kopchinski worked for a number of companies.

In total, six whistleblowers will receive $102 million from the federal settlement and more from state settlements. A total of $331 million will be collected by 49 states and the District of Columbia, with New York State receiving $66 million alone. South Carolina was the only state to opt out of the settlement.

Former drug sales representatives have filed scores of fraud cases using a Civil War-era law that pays a bounty for fraud alerts as news of whistleblower rewards spread through the industry. Millions of dollars have been lost to the Medicare and Medicaid programs as a result of illegal drug marketing.

As part of the agreement with the Justice Department, Pfizer will pay $1.3 billion in criminal penalties related to Bextra and $1 billion in civil fines related to other medicines. Pharmacia and Upjohn, a subsidiary of Pfizer, will also plead guilty to violating the Food, Drug and Cosmetic Act for its promotion of Bextra. Pfizer has agreed to sign another corporate integrity agreement that requires executives to certify legal compliance annually and mandates that many of its payments to doctors be posted on its Web site.

The drug industry still engages in illegal marketing, according to consumer advocates.

Over the past few years, almost every major drug maker has been accused of giving kickbacks to doctors or shortchanging federal programs. In response to the growing criminality in the industry, prosecutors have begun increasing fines into the billions and will more vigorously prosecute doctors.

Doctor a top F.D.A. official during the Bush administration who now consults with drug makers, said government prosecutors were increasingly criminalizing “what most people would consider a reasonable exchange of important medical information between drug companies and doctors.”

It was approved by the Food and Drug Administration in 2001 to treat arthritis and menstrual cramps. It was not approved for the treatment of acute pain, nor was it shown to be more effective than ibuprofen. The government charged, however, that Pfizer instructed its sales representatives to tell doctors that the drug could be used to treat acute and surgical pain at doses well beyond those approved, despite the drug’s dangerous side effects (which included kidney, skin, and heart risks) increasing with each dosage. Due to its risks to the heart and skin, the drug was withdrawn in 2005.

In addition, Pfizer invited doctors to consultant meetings, many of which were held in resort locations. Attendees were reimbursed for their expenses; they were paid just for attending. Weekend getaways for doctors are still common in the pharmaceutical and medical device industries.

The Republican Party rarely publicizes drug marketing cases or holds news conferences about them. Prior to President Obama taking office, Eli Lilly agreed to pay $1.4 billion over its marketing of Zyprexa, an antipsychotic. Philadelphia prosecutors made the announcement.

Despite the pharmaceutical industry’s commitment to save the government $80 billion as part of efforts to change the health care system, Ms. Sebelius’ decision to make the Pfizer announcement in Washington suggests the political climate for the industry has become more treacherous.